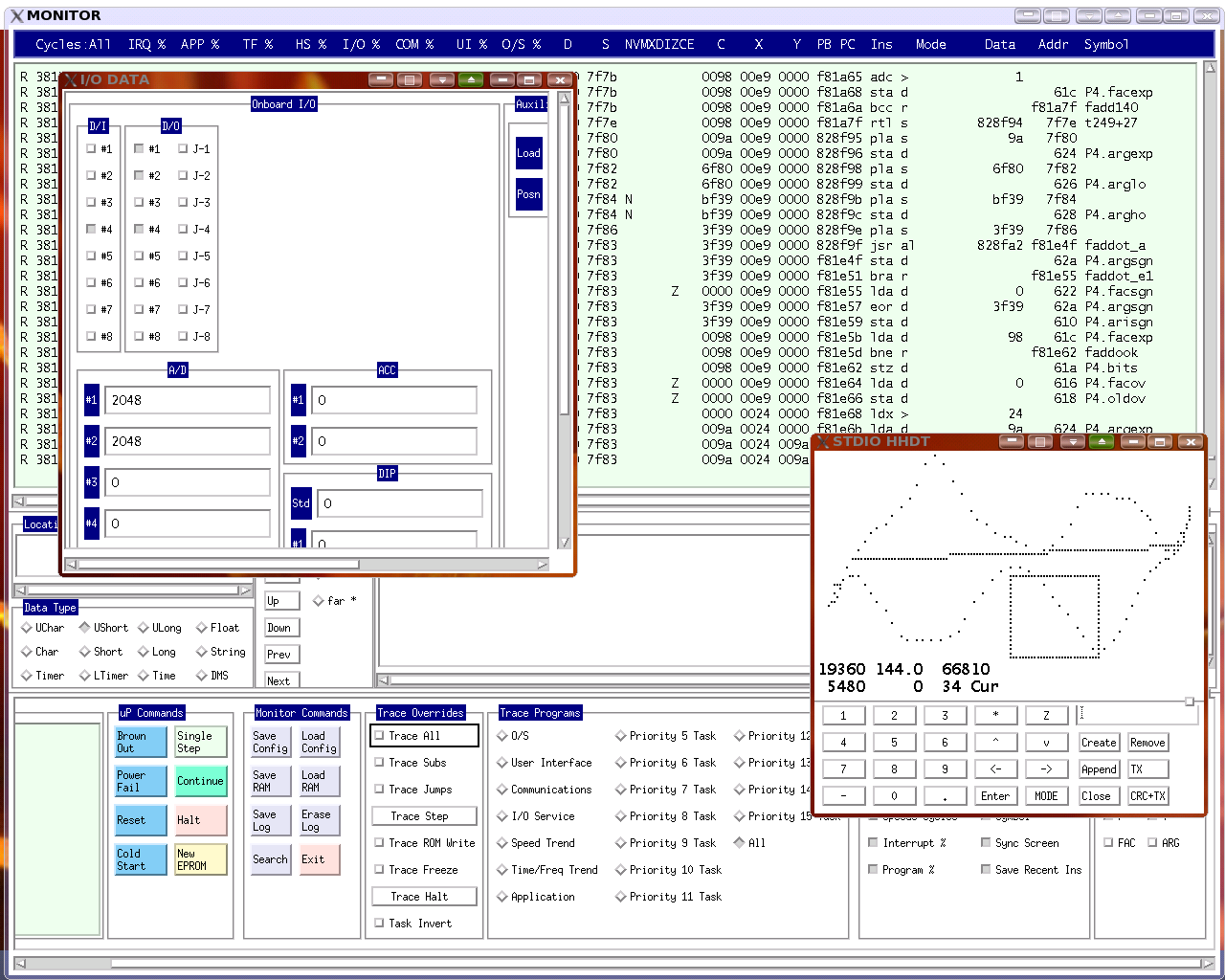 This product has been discontinued. This web page is provided so current customers using the product can have a quick reference for specifications. Please contact Automation Electronics for current products that may meet your needs.

Over the last twenty years or so, the development systems used to program our controllers have undergone several changes. Most of our early controllers were programmed in Ladder Logic and this is still offered as an option on most current controllers. From there, we moved to C programming using an interpreted C kernel. This gained us math processing power and an improvement in speed over ladder logic programming. As the mathematical processing requirements increased, it became clear that we needed a more powerful development and operating environment. Falcon was born.

Falcon added a native assembly code generator to our C compiler that eliminated the overhead of C code interpretation in our kernel. At the same time, we updated the native kernel we run in the controllers to provide multi-tasking priority based task scheduling in the controller. Core I/O can run at a high priority and guarantee that it will not be interrupted. User interface operations can be run at a low priority that won't interfere with the application. The application program itself can be split up into functional tasks that can be scheduled at particular run intervals with specified priorities to guarantee that more important parts of the application run first.

There are many other basic advantages to the FDS over the previous AEROS development platforms.